Courses
Where We Count
Degrees
About
University Partners
Support/FAQs
Search 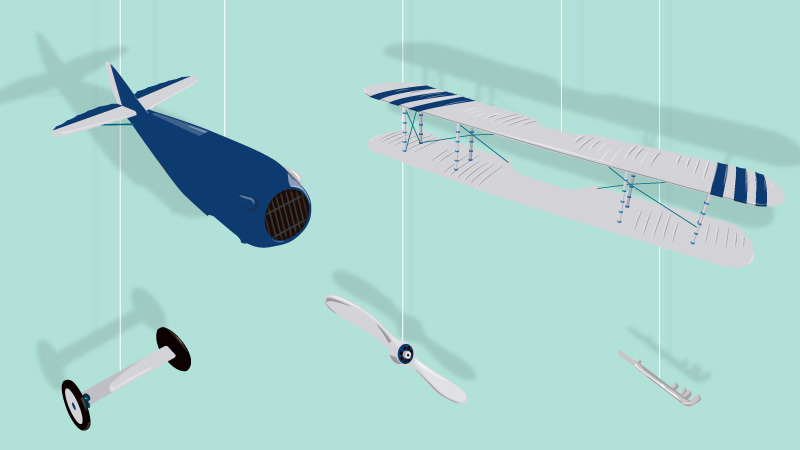 Wilbur pushed his brother down the short wooden ramp, and they made history. The plane traveled only 120 feet in 59 seconds, but it was a success. The Wright brothers’ 600-pound “Flyer I” was the first to achieve powered flight on December 14, 1903 in Kitty Hawk, North Carolina. In the words of the U.S. Smithsonian Institution, the aircraft was “the first powered, heavier-than-air machine to achieve controlled, sustained flight with a pilot aboard.”

The Wright brothers proved Leonardo da Vinci right: manpower alone was not enough for sustained flight. Centuries later, following study in aerodynamics and attempted early “flying machines,” Orville and Wilbur Wright put it all together, achieving the impossible that day. They completed multiple powered flights, redefining aviation and flight. Orville may have won the coin toss, but Wilber had the best run, traveling 852 feet in 59 seconds.

"I confess that in 1901, I said to my brother Orville that man would not fly for 50 years."
- Wilbur Wright

The historical impact alone is enough to keep your students engaged in various scientific aspects of what the Wright brothers faced. Here are two activities that directly examine topics like torque, balance, motion and mass. Activities are from NASA and are appropriate for students in grades 6-9.

Students will understand challenges of making a powered flying machine.

Start the lesson by giving students some background to the 1903 flight. You could start by describing how the Wright brothers’ had been scientifically examining concepts of flight since 1899 in relative obscurity. In contrast, others, like the more popular Samuel Langley, failed to achieve powered flight. They all relied on “brute power to keep their theoretically stable machines aloft, sending along a hapless passenger and hoping for the best,” according to the Wright Brothers National Memorial. The brothers didn’t have that problem, given their careful calculations and planning.

Or, you can start by providing students with the immediate facts. The brothers needed to design a flying machine with an engine, but its placement was key. That was clear after the brothers had seen numerous crashes with their unmanned gliders the previous three years. Plus, you don’t have to look far to see how crashes and deaths resulted from early flying machines, such as Otto Lilienthal’s death in 1896 from injuries sustained in a glider crash.

Ask students to draw where they would put the pilot and engine. Then have them work on the four follow-up questions. 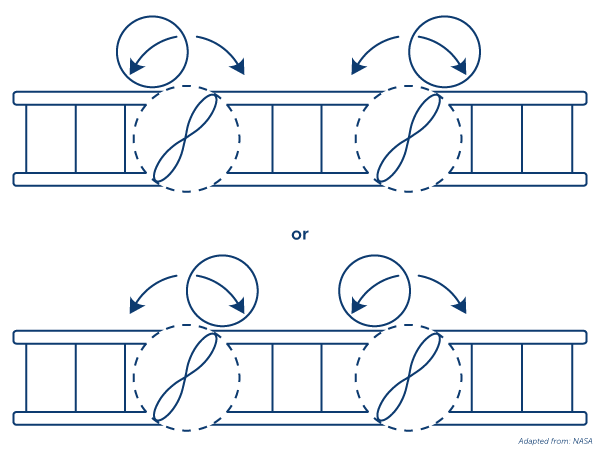 How the Wright brothers placed the engine and pilot leads into the next activity. As for the propellers, they made them turn in opposite directions, cancelling out each propeller’s torque. They did this by twisting one of the chains used to turn the propellers into a figure eight. NASA offers more information behind propeller propulsion and concepts like force, torque and motion.

Students will understand how balance is a function of both mass and distance from the center of rotation.

How did the Wright brothers approach placing the engine and pilot? They were concerned with safety, so they opted to put an engine on the wing beside the pilot. However, that created a balance problem, due to the weight of the engine compared to either Wilbur or Orville. Solving that issue forms the second activity of the lesson. 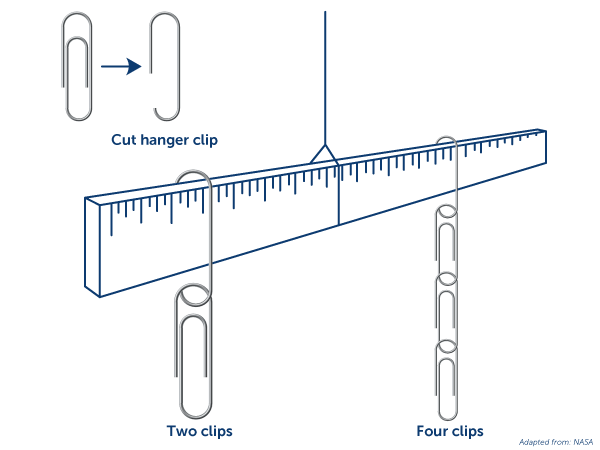 Perform the following steps as a class or in groups. Or you can have students do them individually, if you have enough string, rulers and paper clips.

The Wright brothers solved the balance problem by making the wing on the engine side 4 inches longer, adding extra lift to that side and balancing the plane.

Students can learn more at NASA’s page on center of gravity.

Learning More About the Wright Brothers

Sources like the Wright Brothers National Memorial and Scholastic offer additional background information on the Wright brothers. You can add to the lesson by providing more details and context about the brothers’ background, attempted glider flights, and the Flier I accomplishment. NASA’s handout provides more than 100 pages of activities that integrate history and science of the Wright brothers’ feats, featuring step-by-step instructions on building model gliders and the flyer. 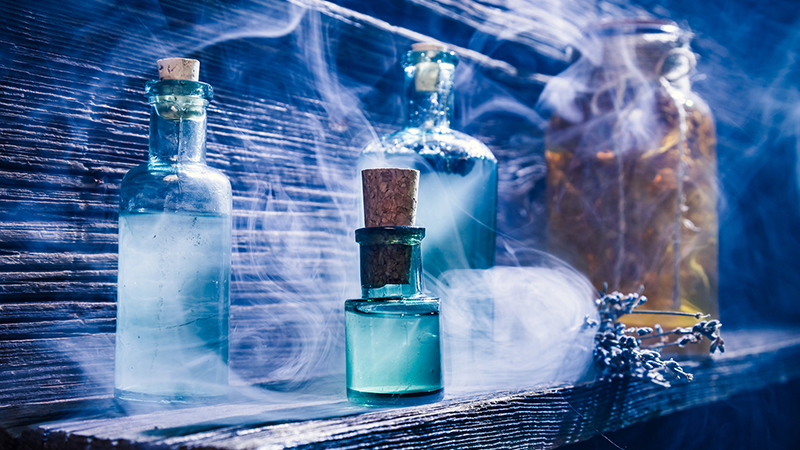 Halloween is the perfect time to spark an interest in science with spooky and creepy experiments. Whether it’s observing how pumpkins rot or using chemical reactions to create real-life ghosts, implementing hands-on activities in your classroom will not only capture your students’ attention but also yield long-term benefits such as higher standardized test scores and project management and communication [...]