Courses
Where We Count
Degrees
About
University Partners
Support/FAQs
Search

Signs of Dyslexia in Students 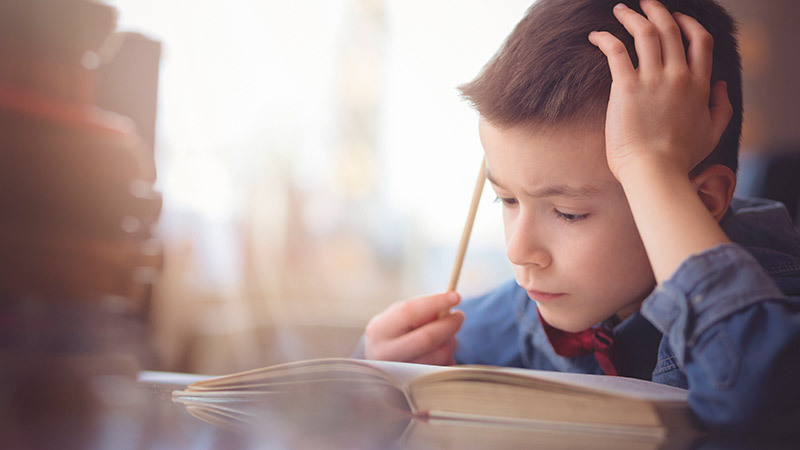 Affecting up to 12% of school age children, students with the learning disabilities designated as dyslexia, dysgraphia, and oral and written language learning disability (OWL LD) are characterized by impaired abilities in oral language, reading, handwriting, spelling, and writing. While experts aren’t sure what causes these disabilities, they to tend to run in families, and affect the areas of the brain associated with processing language. Difficulty with reading and spelling is connected to problems relating letters and words to their corresponding speech sounds, a process known as decoding.

Although many of these students struggle academically due to their disability, it is important to note that individuals with dyslexia have normal intelligence and vision. Furthermore, they typically possess significant strengths and abilities, such as expansive creative abilities, that are often overlooked or misunderstood.

While there isn’t a cure for dyslexia, early identification, assessment, and intervention can help students thrive in the classroom. Teachers often play an important role in identifying the signs and symptoms of dyslexia when they become more obvious, usually during the elementary school years as students learn to read and write. The severity of symptoms varies from child to child, but there are certain signs teachers can look out for.

Dyslexia Symptoms in the Classroom

The following are some of the most common symptoms of dyslexia that appear in a classroom setting. However, these signs may not be evident in all individuals with dyslexia, and this list does not include all possible symptoms.

As students learn to read, they may make seemingly random guesses at words based on word shape. They might also reverse letters while learning to write, such as writing “d” instead of “b.” While all children occasionally reverse letters during the early stages of learning to write, the problem persists beyond the second or third grade in students with dyslexia. Understanding words with multiple syllables is also difficult for students with dyslexia. Other common signs include misreading short words, such as “a” and “as,” and “then” and “there.” Students with dyslexia often rely on spelling words phonetically, making homophones particularly tricky.

Memorizing non-personal facts can be difficult for many children with dyslexia. In addition, they may struggle with memorizing a sequence of steps, especially when there is no logic involved, and with number sequences, phone numbers, multiplication tables, the alphabet, and more. However, facts that are personally relevant, such as their own address and phone number, are often non-issues.

This is one of the most obvious signs teachers can look for in the classroom. Students frequently deal with dysgraphia, or difficulty writing. They struggle with staying in the lines and writing letters consistently. Because individuals with dyslexia often have weak fine motor skills, watch for abnormal pencil grip and students who move their whole arm to write rather than their fingers. They might also hold their arm or wrist in an awkward position while writing.

Students with dyslexia also struggle to differentiate directional differences, such as left and right, top and bottom, and more. It is difficult for them to understand these abstract concepts, which often results in the letter reversals covered above. Or, for example, if students are supposed to write their name in the top-right corner of a page and they frequently write it elsewhere, they may struggle with understanding directional differences. The term “directional dyslexia” is often used to describe these issues.

Many children with dyslexia also struggle with mathematics skills, due to the memorization and sequential processing weaknesses associated with this learning disability. In older students, algebra can be particularly problematic because it mixes both letters and numbers. In addition, students with dyslexia will have difficulty understanding word problems. Reading comprehension is hard for them, so they may not understand what they’re being asked to do.

Strengths of Students With Dyslexia

Research using magnetic resonance imaging (MRI) has revealed differences not only in sizes of portions of the left and right hemispheres of the brain, but differences in the corpus callosum, a band of nerve fibers connecting the two hemispheres which is much larger in dyslexics. These neurological differences seem to account for some significant strengths individuals with dyslexia often display. According to The Yale Center for Dyslexia & Creativity, children and adults with dyslexia are highly creative and have many cognitive and emotional strengths. One example is improved pattern recognition. Individuals with dyslexia are great at understanding complex systems and identifying similarities among groups. They often have strong spatial reasoning, and are able to mentally manipulate 3-D objects and understand the relationship between shapes. They also have enhanced picture recognition memory and an intuitive approach to problem solving.

It's important for teachers to understand a student with dyslexia as a whole person, with strengths as well as weaknesses. For example, teachers can identify tasks students are good at and acknowledge them during one-on-one instruction, as well as encouraging them to use outside-the-box thinking when it comes to problem solving. Teachers can also provide alternative ways of accessing information, such as visual displays and graphic organizers.

For more information about helping students with dyslexia have positive learning outcomes, take a look at our course, Understanding Dyslexia. It is designed to provide you with an introduction to dyslexia and similar learning disabilities, as well as strategies to support students both socially and emotionally. This course focuses on differentiated instruction in oral language, reading, and writing skills. You can also browse a complete list of our courses here.